Rudomine has announced its readiness to launch a large-scale investment project - the construction of the Dolinsky Mining and Processing Plant. Rudomine and the Ministry of Strategic Industries have signed a memorandum to implement the project.

Crude iron ore will be supplied from the South and North quarries of the Saksaganskogo deposit, which are being developed by Rudomine and the Ukrainian Mining Company.

The enterprise will be located within the State Enterprise "Directorate of the Kryvyi Rih Mining and Processing Plant of Oxidized Ores" (KGZKOR) of the western part of Dolynska, Kirovohrad region. The period from the design stage to the launch of the mining and processing plant is 4 years.

“During the visit to KGZKOR, a potential investor was presented with a project that should revive the company. The total investment can be at least $100 million. I hope that the situation with the strategic enterprise for Ukraine will be resolved positively in the near future and will give a new breath to the population of Dolynska", said Deputy Prime Minister and Minister for Strategic Industries Oleh Urusky.

He noted that the company was established under international cooperation in Soviet times and was of strategic importance, but is now in crisis. However, it is the only producer of water supply and sewerage services for Dolynska and the termination of its activities will lead to an environmental catastrophe. According to Oleg Urusky, the development of the enterprise is possible in a public-private partnership.

The head of the Kirovohrad Regional State Administration Maria Chorna believes that this project is beneficial for the region: “The main thing is the taxes that the Kirovohrad region will receive. The second is the social component: the plant has property - a hospital, a prophylactic clinic, a house of culture, etc., which could become communal property and be used by the Dolinsky community. "

"More than $100 million in investment is needed to launch the plant. We will spend 450 million hryvnias to repay previous debts. Part of the money - our company, part - a loan. But this is not only a business, but also a socially oriented project that will give impetus to the development of the city of Dolynska. This is almost $37 million in taxes and fees to the budget, the creation of 1,500 new jobs and attracting new residents and professionals to the city, more than $1 million to finance the city's social development", said Rudomine CEO Volodymyr Kolos.

"We are convinced that the launch of such a large-scale investment project is only the first step towards reviving the industrial capacity of the city and region and, as a result, the prosperity of the whole country. "The 'reset' of the Dolinsky Mining and Processing Plant, which we initiated, is a story of revival and prosperity through investment," said Rudomine founder Konstantin Karamanitz.

Construction of KGZKOR began in 1985. In addition to the USSR, Romania, Czechoslovakia, the German Democratic Republic and Bulgaria took part in the construction. After the collapse of the Soviet Union, Ukraine, Romania and Slovakia remained in the project. The plant is still unfinished - its readiness is estimated at about 70%, its construction has already spent more than $1.5 billion. Since August 2021, it has been assigned to the Ministry of Strategic Industries. 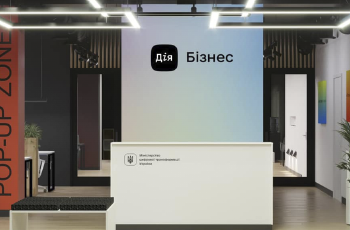 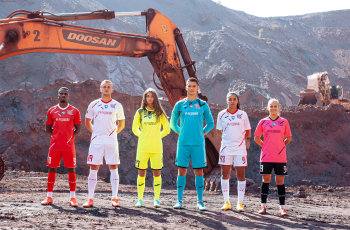