Rudomain sent a complaint to the Comission of Ethics of Journalists, considering that video named "The football club being developed for Zelenskyi in exchange for the health of his homies" contains allegations, which disseminate fake and unreliable information about the company, data is set out falsely, in one-sided and tendentcious way.

The company thinks, that information is published on the open site and is spread in the Internet network for a wide range of users, and it destroys the reputation of claimants in the eyes of unlimited circle of people and gives a mistaken base to associate claimants as unreliable, unfair humans, who works illegally, connected with the criminal world.

The Comission had analized the content of the video, which was edited by "Priamoy" channel, and fixed the violations on p.8 and p.10 of the Code of Ethics of Ukrainian Journalists and issued a warning to "Priamoy" chanel. 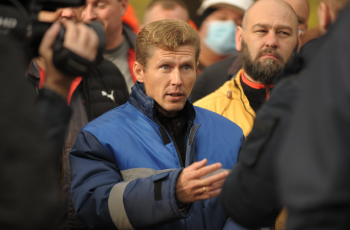 The workers of the "Rudomain" company insist on protection of their company from attacks.