There are some rumors, and even frank lies that come from amateurs and pseudo ecologists around the activity of the companies and their impact on the ecology.

That’s why for all who wants to know the truth from first hand information, not a frank lie and twisted facts, “Rudomain” has what to say about its activity and documents, which regulate it.

Firstly, about getting the development license without competition.

In accordance with paragraph 8.1 of order №615 from May 30, 2011 in the version, which was active on the moment of getting the special authorization for subsoil use (as amended and supplemented by the Cabinet of Ministers of Ukraine decision on July 4, 2011 N 751, on January 25, 2012 N 307, on October 17, 2012 N 991, on January 9, 2013 N 24, on January 28, 2015 N 42, on December 16, 2015 N 1173, on February 11, 2016 N 76, on April 6, 2016 N 277, on November 2, 2016 N 775), without an auction the authorization is granted in case of: mining operations, if the claimant implement geological research of subsoil land and counting  subsoil asset deposits that was confirmed by the State Commission on Mineral Reserves (SCMR), on his own funds, and applied documents to get the special authorization not later than during three years after confirmation of stocks, and also the mining operations (for oil-and-gas-bearing subsoil on geological research, including experimental-industrial exploitation of deposits with further oil extraction, gas (industrial exploitation of deposits), if claimant implemented approbation in SCMR on his own funds in case of confirmation of subsoil asset deposits in SCMR during three years, and within the limits of continental shelf and Ukrainian exclusive (marine) economic zone – ten years since the moment of  approval.

In 2017 by the company LTD “Rudomain” a contract (agreement) of sale of geological information №64/11 on May 13, 2017 was concluded, and that gave an opportunity to register the form 3-GR (RGVON) in the State Geological Survey and Subsoils of Ukraine, the State Registration Number of object is RDVGN-U-17-329/1 from May 31, 2017 “Geological-economic justification of allocation of a piece of land №2 of the quarry “Yuzhnyi” iron ore deposits in Kirov’s mine (Artem’s field of mine) in the Kryvyi Rih city of Dnepropetrovskyi region. Further by the SCMR protocol № 3977 from June 15, 2017 the asset deposits were confirmed, where it had been decided to test the deposits, that was counted as at January 1, 2017.

On the base on the fact that the company released the testing procedure of deposits on its own funds and submitted an application for consideration and the package of documents about getting special authorization on subsoils to the State Geological Subsoils in advance, after the procedures of testifying the package of the document by the State Geological Subsoils the decision was made of providing a special authorization.

Secondly, about the property complex, that allegedly was acquired without an auction.

In accordance with the protocol of electronic auction UA-PS-2021-02-02-000070-3 from February 28, 2021 LTD “Rudomain” became the winner, because it proposed the best price in the auction setting about lease assignment of the State property – CEC of the State scientific company “Ukrmehanobr”. The result of the auction is lease purchase agreement from March 25, 2021 between the winner of the auction (LTD “Rudomain”) and regional fund of the State Property of Ukraine in Kharkiv, Donetsk and Lugansk regions.

Thirdly, about falsification of the distance from productivity powers of the company to the residential buildings.

The distance, that was mentioned in the conclusions of the pseudo ecologists, was measured from the deactivated old station of the quarry, in which work is not being conducted and is not planning to. And the land, on which according to the license, the work is conducted, is located behind five-hundred meters zone.

So, not everything that is #Rudomain is red! 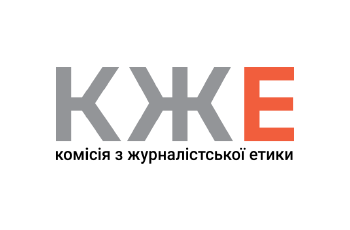 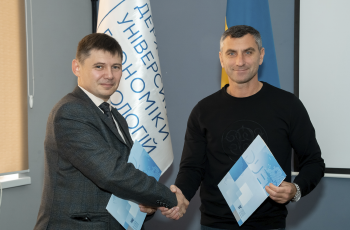